On February 25, 2020, the Period Products Bill was unanimously passed through the first round of voting in the Scottish Parliament. The successful passing of this Bill would mean that the Scottish Government would be the first in the world to introduce universal menstrual care. Scotland has become a global leader in the fight for period dignity and gold standard for addressing period poverty. Period Poverty is the lack of access to menstrual products, proper hygiene education, and menstrual care disposal infrastructure. The stigmatization of periods and period products makes tackling period poverty especially difficult. There is simply no one-size-fits-all fix to period poverty because it takes on my different forms throughout the world. Although experiences in varying degrees of severity, the following countries are just a few examples of how period poverty is experienced around the world.

In December of 2019, Member of Thai Parliament Ketpreeya Kaewsanmuang used social media to raise awareness for what she thought was the classification of menstrual products as luxury items. Categorizing menstrual products as such would mean that they are subject to the 40% luxury tax rate. Thai people were outraged by the idea that menstrual products were classified this way, which prompted a swift response by the Thai Government. Prayut Chan-o-cha insisted that her social media campaign was fake news and that tampons were classified as necessities and only had a 7% tax on them. Although Kaewsanmuang’s claims were reported to be unfounded, she sparked a wider conversation about period poverty in Thailand, where the cheapest menstrual pads cost 5 Baht each. 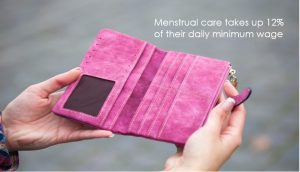 Assuming someone uses 5 pads a day, menstrual care takes up over 12% of their daily minimum wage of 313 Baht ($9.95 USD); something many people simply cannot afford. Period poverty means that many working women, who are being encouraged by the Thai Government to have more children, cannot because their income does not cover their own basic needs. Periods are still very much taboo in Thailand, which means that there are no rigorous studies examining the state of period poverty. That alone contributes to period poverty by limited access to information and leaves people in Thailand with a huge knowledge gap.

Women and girls, primarily from mid-western Nepal, practice Chhaupadi during their period. Chhaupadi is a form of menstrual exile, in which women are forced into menstrual huts and not allowed to come into contact with other family members or their home, or participate in social events, and school. This practice is founded on the belief that women are unclean during their period and should be isolated in order to stop her from contaminating the people and things around her. These huts leave women at risk for snake bites, physical or sexual abuse, and of smoke inhalation because of their poor ventilation. A 2018 study by Prabisha Amatya et al. found that 72% of adolescent girls lived in menstrual hurts during their period. 70% of those huts did not have toilets, 38% have no mattress or blankets for sleeping, and 26% have no ventilation at all. These huts are so dangerous that a number of women have died during their stay, prompting a backlash from human rights activists. 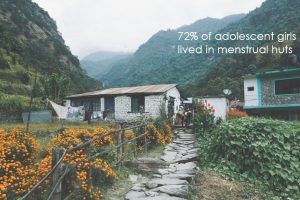 The Nepali Supreme Court declared the practice to be illegal in 2005, but it remains common in western Nepal. Activists are working to raise awareness about the dangers of these huts and hoping to change the societal attitudes towards menstruating women. In December 2019, for the first time, a man was arrested for forcing his sister-in-law into a hut which lead to her death. Although progress may be slow, societal attitudes seem to be changing and the Nepali Government is taking this practice more seriously. Period Poverty in Nepal remains potentially life-threatening as educators continue to push for better infrastructure and menstrual education for all.

Venezuela is currently suffering from extreme hyperinflation and a lack of basic resources and food. As a result, in 2016 the price of tampons increased by 1800%. While this number may shock you, this level of inflation is commonplace in Venezuela since its extreme economic depression. Period Poverty in Venezuela means that many women are forced to buy menstrual products in the black market at prices that equal roughly 1/3 of their monthly incomes. The Government of Venezuela is not accepting foreign aid, so many women are looking to newspaper and other paper products as menstrual substitutes. Having to use newspaper as a menstrual product is unhygienic and dehumanizing yet may sadly be the only alternative for people who rather spend that money on food and housing. Unregulated black-market sellers are using this level of Period Poverty to their advantage by continuously hiking up prices to whatever they please. Remittances from Venezuelans living abroad help but are far from providing a long-term solution. 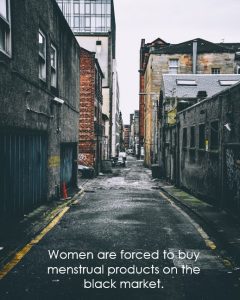 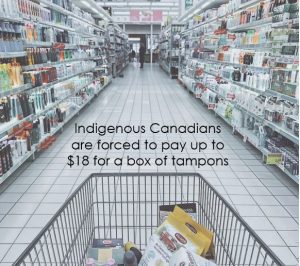 Although Period Poverty in the US may not be as extreme as the cases mentioned above, the US is a perfect example of how there is always room for improvement when it comes to accessibility and affordability. Because the US Government does not nationally mandate all schools and workplaces to provide free menstrual products, 70% of people who menstruate have to miss work or school due to their period. Even if you don’t have to miss due to an unexpected period, 1/3 of people who menstruate under 25 struggles to afford menstrual products, which can cost up to $6000 in their lifetime. Nearly 25 million in the US are living below the poverty line, and menstrual products are not covered by food stamps. That number will only grow if we were to factor all other people who menstruate who may not necessarily identify as a woman.

There are a number of large-scale and grassroots movements working to fight Period Poverty and stigma throughout the US. #happyperiod is a movement that focuses on breaking down period stigma and helping those who may be suffering from Period Poverty. They focus their support on low-income, homeless, LGBT and other marginalized people who may not have access to menstrual products. The underwear brand THINX is also fighting period poverty through their United for Access campaign, which is fighting for menstrual equity. Citron Hygiene stands in solidarity with these and other social movements working to end Period Poverty. 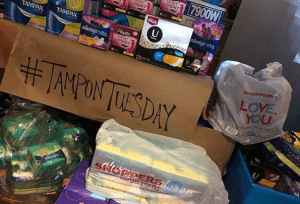 Contact Citron Hygiene today to discuss our feminine hygiene disposal services, and find out how you can supply coinless vend menstrual hygiene products in your school or workplace.

Find out how we can help elevate your washroom experience. Talk to us.

Get your FREE QUOTE today

Get your FREE TRIAL today