What to Know for International Infection Prevention Week

October 16-22, is International Infection Prevention Week and this year’s theme is “Breaking the Chain of Infection.” President Ronald Reagan established this time of awareness in 1986, and every year since has dedicated a week in October to infectious disease prevention. Other countries including the United Kingdom, Middle East, Australia, and Southeast Asia also participate.

With the resurgence of COVID-19 spreading globally, deadly germs and bacteria have proven capable of uncontrollably spreading anywhere at anytime. International Infection Prevention Week has a special focus on healthcare-associated infections (HAIs) including the Coronavirus.

There are several strategies to reduce the spread of bacteria; being able to break the power of harmful diseases can save millions of lives across the world. Ignaz Semmelweis, who was an obstetrician in the 1800s, was the first to observe and address this problem. He noticed that the women who were dying of puerperal sepsis were the ones being cared for by the staff and students that had just examined women who had already succumbed to it. He implemented a hand-washing program that drastically reduced the number of women’s deaths caused by this form of sepsis. Since then, doctors and scientists have learned more about how infections spread and ways to prevent them.

Approximately every 1 out of 25 patients contracts an HAI and each year, roughly 75,000 hospital patients die of these preventable infections.  As there are several routes that germs can take to spread, knowing the five forms of transmission and how to counteract them is crucial.

In a healthcare setting, the first three methods are the most common. The Association for Professionals in Infection Control and Epidemiology (APIC) has identified six “links” or opportunities for germs to be passed around. These links make up the chain of this year’s theme. They are listed below with examples and in the order they occur: 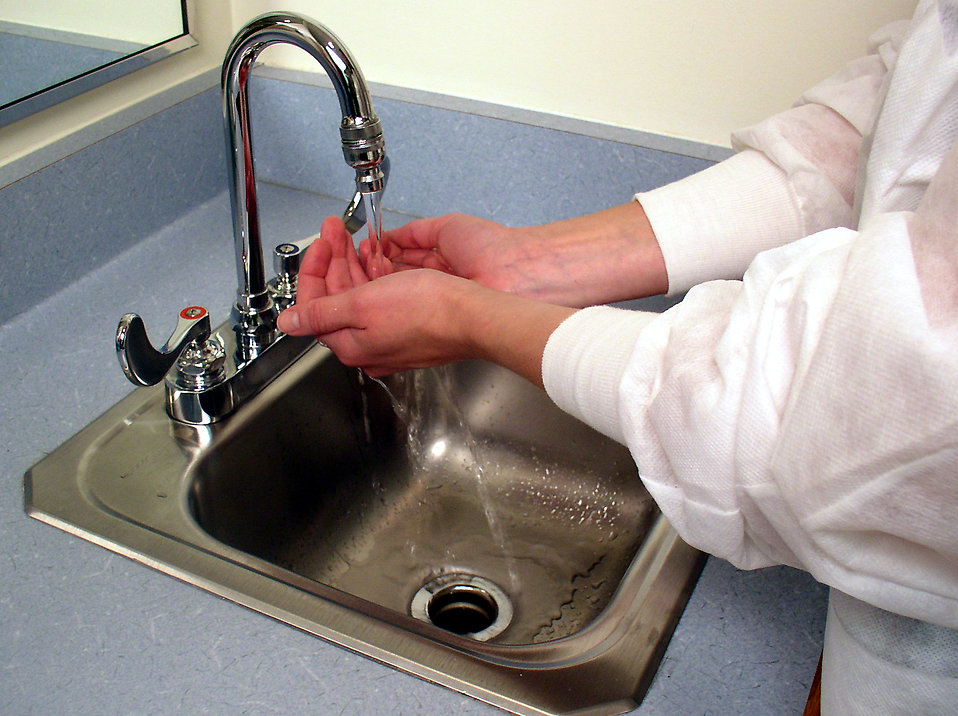 There are several effective strategies that can stop transmission in its tracks. According to the World Health Organization, “while hand hygiene is not the only measure to counter HAI, compliance with it alone can dramatically enhance patient safety, because there is much scientific evidence showing that microbes causing HAI are most frequently spread between patients on the hands of health-care workers.” Despite this, 40% of workers do not wash their hands often enough. Hand sanitizer is shown to be the most effective form of hand hygiene in healthcare settings according to the Centers for Disease Control. It has the greatest germ-kill rate, takes the least amount of time to apply, and can be used as an employee walks to his/her next task. Only 18 minutes are spent applying hand sanitizer during an eight-hour shift and one application reduces 99.99% of bacteria on hands. However, soap and water remain necessary, as some pathogens cannot be removed with sanitizer. A few of the most common HAIs spread by hands are:

Altering cleaning practices to sanitize common surfaces more frequently is another simple measure that healthcare institutions can take to decrease infections. Keeping a surface sanitizer dispenser or surface sanitizing wipes available may encourage workers and able-bodied patients to give bed rails, food trays, and door knobs a quick wipe down. The APIC also recommends this as a way to “break the chain,” as pathogens are often transferred from objects onto hands.

While International Infection Prevention Week is meant to increase awareness of healthcare-acquired infections and how easily they can be spread, it also serves a reminder for everyone to maintain strong hand hygiene practices. Clean hands protect individuals and the people around them, which keeps everyone healthy and safe.

Citron Hygiene has spent the last 45 years earning the trust of the world’s most prestigious clients, one customer at a time.

Request A Quote!
Request a Quote!